The newborn breastfed baby tends to feed between every 2-4 hours, if they are windy, unsettled or spilly they may not easily settle into a comfortable sleep pattern until the next cycle of feeding begins.

Often this can be resolved by winding effectively as well as excluding coffee, tea and fizzy drinks.

Remedies for wind and reflux

The use of probiotics taken by Mum can help; this passes through the breast milk and increases the good bacteria growth in baby’s tummy. There are various reasons why a newborn may not have healthy bacteria levels in their stomach; they can be affected by antibiotic treatment or immature stomach development - especially for prem babies.

Various mixtures for wind can also be useful i.e. Rhugar mixture, Ifacol or gripe water, but these all have a limited effect and should only be used under advice as they don’t treat the cause but only relieve symptoms.

Reflux in newborns is common and can often be resolved quickly in mild to moderate cases. The use of several specific medications can be useful. The most widely used by GP's are Gaviscon and Ranitidine. Ranitidine works by lowering acid levels. Gaviscon is used to help stabilize the stomach contents and forms a barrier against acid irritating the sphincter of the stomach.

We use specific homeopathic remedies to help unsettled and reflux babies but only within the treatment setting so administering can be monitored. These are harmless non-toxic low-level pillules that the baby sucks, and these cannot cause choking.

What to expect with Osteopathy

With gentle Osteopathic technique, some of the key influences causing a baby to be unsettled should improve.

Often the birth in its many forms has had an effect on the baby. The areas affected differ with each baby. This can be anything from tight tongue muscles, or neck, back and pelvis being restricted. The stomach and diaphragm can also be affected.

With 2-3 treatments these areas should be less irritated and baby should be more settled.

If a newborn, breastfed baby is unsettled, the first step is to improve the winding technique. This can be as simple as winding more firmly, winding between sides when feeding and winding for longer periods.

If the baby is catnapping and wakes soon after being put down don’t re-feed but the wind for a few minutes. A separate download on establishing good sleep routines is available.

However, in some cases, improved winding still leaves baby unsettled or spilling. If after several sessions of Osteopathic treatment things still haven’t improved, a slightly different approach needs to be taken.

In these cases, a subtle change in parental eating habits, such as reducing or excluding wheat and sometimes dairy may restore normality to the babies stomach. Helping with unsettled baby, spills and disturbed sleep routines. Supplemental help such as Probiotics for either Mum or baby and the use of Aloe Vera capsules can also help reduce symptoms. If this becomes the case we will work it through together. 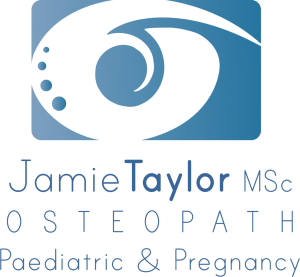